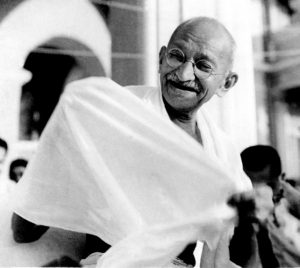 Mohandas "Mahatma" Gandhi is recognized globally as both a symbol for and a practitioner of nonviolence as a way to bring about change. Since his death in 1948, Gandhi's techniques inspired a new generation, notably the leader of peace, Dr. Martin Luther King Jr., during the 20th century American civil rights movement. Join Asia Society and the Mahatma Gandhi Library-Houston for a film screening of selections from A Force More Powerful, a 1999 documentary that highlights nonviolent resistance around the world. Following the film, a panel discussion will review the impact of Gandhi's legacy, the effect of nonviolence, and connections between Asia and the U.S. This event launches Houston's yearlong Gandhi Sesquicentennial Celebrations, culminating in October 2019 with the 150th year since Gandhi's birth.